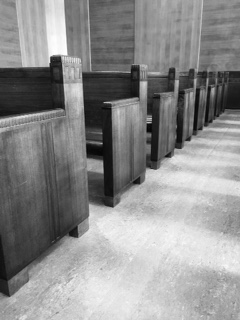 Judge Hufstetler was elected in November, 1998 to the 300th District Court. The Court specializes in hearing Family cases (divorce, custody disputes, enforcement actions, Department of Family and Protective Services (CPS), and paternity actions) and Felony Criminal cases. He has served as the local Presiding Judge in 2002, 2004, 2010 and 2014.

Judge Hufstetler has been an active member of the local Brazoria County Bar Association, has been a frequent author and speaker of State Bar sponsored continuing legal education courses, and is currently a member of the faculty of the National Family Law Trial Institute held each year at South Texas College of Law in Houston, Texas.

Judge Bradshaw was appointed by the 300th District Court on March 18, 2013 to serve as Associate Judge, and is currently assigned to hear the uncontested docket, CPS cases and any other family case assigned to him by Judge Hufstetler.

Judge Bradshaw graduated from South Texas College of Law and was licensed to practice in the State of Texas in 1999. He was in private practice from 1999 to March of 2013, handling primarily family and criminal cases. He is an active member of the Brazoria County Bar Association.