This visitor's center is currently only allowing 10 guests at a time. 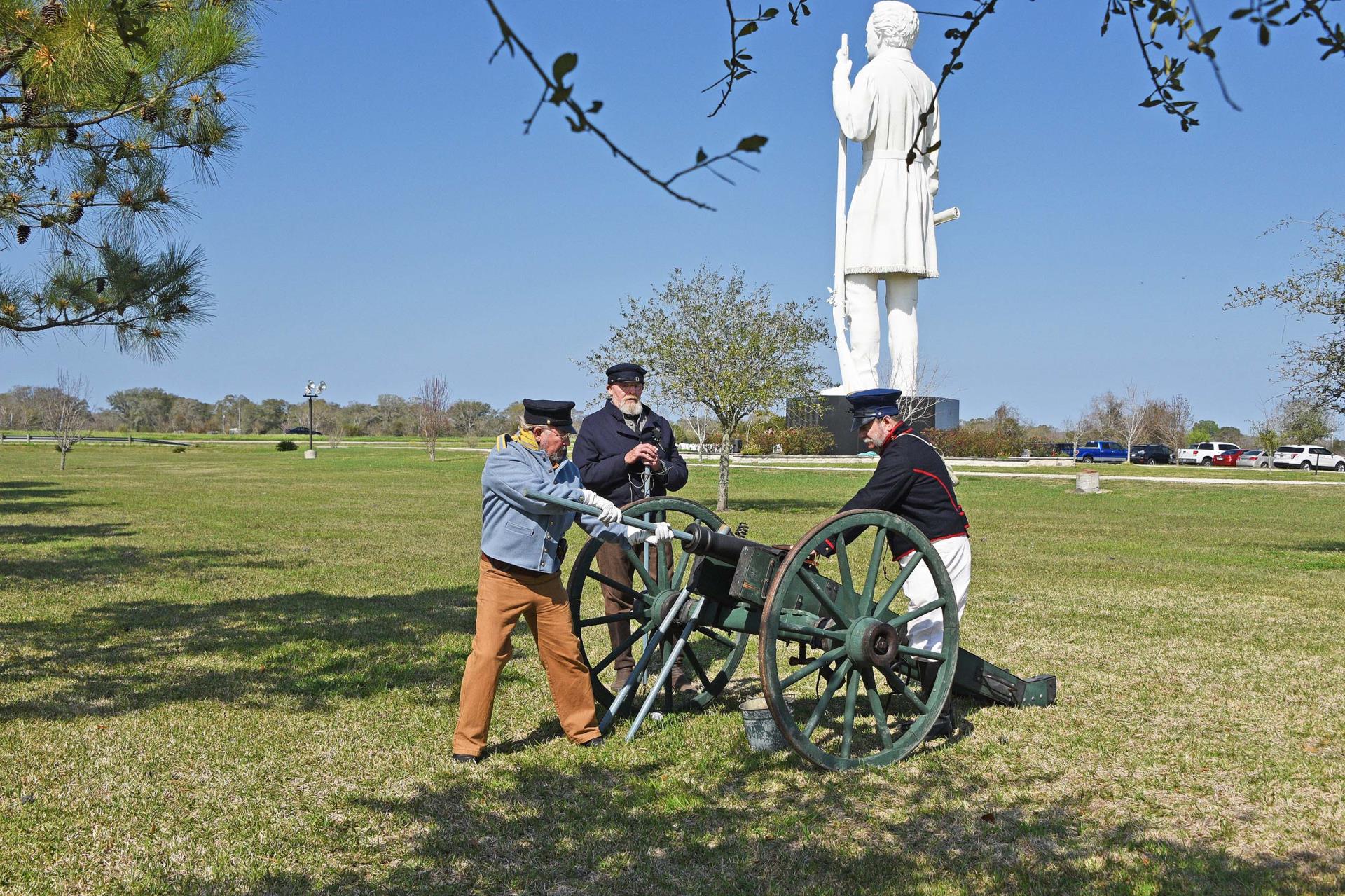 Stephen F. Austin-Munson Historical County Park represents a unique private-public partnership, and is a culmination of years of community support for Brazoria County’s most famous resident, Stephen F. Austin, “the Father of Texas,” as he was first called by fellow early Texan, Sam Houston. Following a ground-swell of support at the turn of the 21st Century to build a monument to appropriately honor Austin, local residents raised funds to construct the statue and facility grounds. Today, it is the first county-run historic site and is now open to the public five days per week (Wed-Sunday). The park features 10 acres, with its centerpiece an iconic, 76-foot tall statue of Stephen F. Austin, which was designed by famed Texas sculptor David Adickes. The Park and statue are located just off Hwy 288 west of Angleton. The complex includes a visitor and information center with gift shop, picnic areas, and a Texas-shaped pond in the back of the property where catch-and-release fishing is permitted. The park sits on land granted originally to Stephen F. Austin himself as payment for fulfilling his impresario contracts with Mexico, which he in turn granted in 1829 to his contemporary, Henry William Munson. The property remained in the Munson family until Henry W. Munson IV donated the site for use as a park in honor of S.F. Austin, the Munson family, and Brazoria County in 2004. Activities, reenactments, living history and interpretive events are held at at the Stephen F. Austin-Munson Historical County Park throughout the year. Master Plans include eventual development of trails, interpretive exhibits, a playground and many other items for the site.

For information on visitors center reservations, as well as the rental application and guidelines, please visit the SFA Facility Reservations page.

Visit our Special Events page for a full list of upcoming programs.